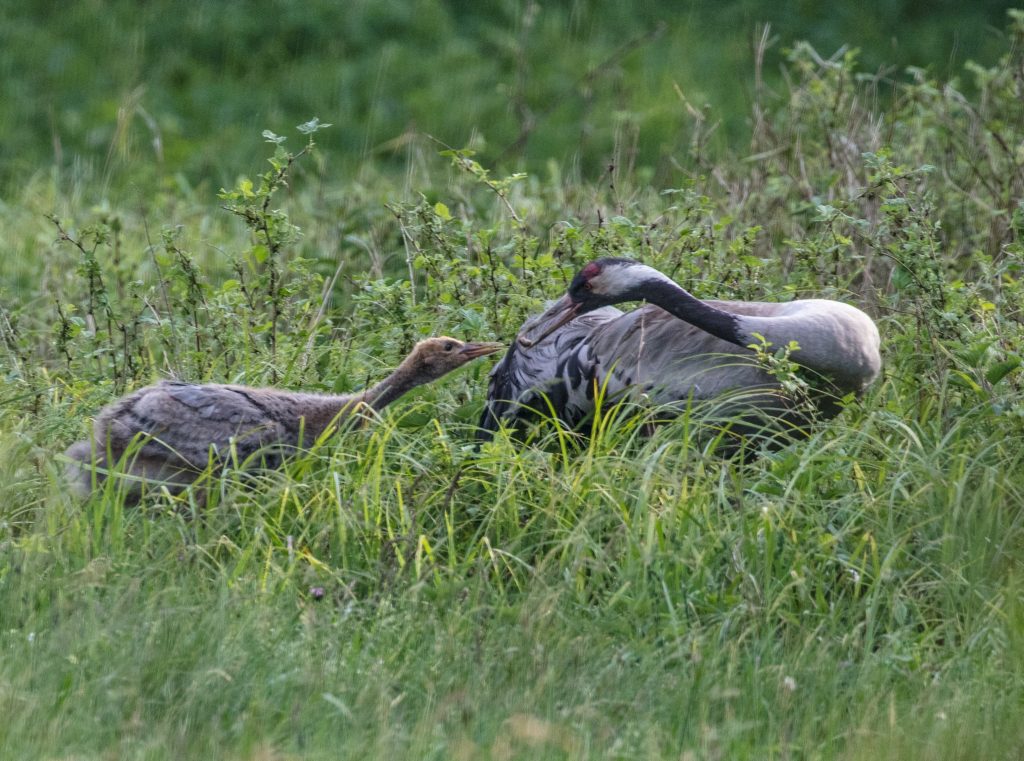 In the past many years, I have been active in crane protection and crane research on a national and international scale. Starting 1996, my focus changed towards crane vocalisation research, monitoring of cranes by voiceprinting (for which I developed a method). I intensively studied the common Crane (grus grus) in 3 regions in Germany, the Red-Crowned Crane in Japan and Korea (in the Demilitarized Zone between North and South Korea), and the Whooping Crane (US, in the wintering grounds in Aransas, Tx), in addition I made voice recordings of other crane species like sandhill, white-naped, black-necked cranes. The following gives links to publications resulting from this work. The biggest achievement has been to contribute clean and clear recordings of wild Whooping Cranes which had been extremely useful (and still are) for raising and flight training of Whooping Crane chicks hatched in captivity (for migration following an ultralight airplane from Wisconsin to Florida where they get released into the wild).

how do cranes produce their calls?

Look here at their call producing organ, the trachea

how to evaluate crane call recordings?

Look here to see the sequence of analysis and some examples

digital recording creates a 3D spectrogram, usually you only see 2D spectrograms and those even always between zero and 20 000 Hertz which is not helpful, I look at 2D spectrogram between 600 and 1200 Hz, or (Whooping Cranes) 600 and 1300 Hz). The 3D spectrogram will be reduced to a so-called „power spectrum“. Such spectra from various recordings in a given and in later or previous years can be compared and will show whether the calls have been made by the same pair or by different pairs, and also whether male or female have a different partner.

Look here for a short introduction how you can do this without special software.

further links for your deeper information

Individual Recognition of Cranes by Sonagraphy (Individuelle Erkennung von Kranichen mittels Sonagraphie)
(chapter in Prof. Pranges book about cranes; deutscher Text)
Crane pairs Hamburg Brook 1996-2007  (external link)
(graphic conclusion of crane pair composition – which individual was mating with which other individual – in a Hamburg and a neighbouring nature preserve over 10 years; pair bound and divorce, territory stability and changes)
Table showing the various pairs over 10 years of monitoring  (external links)
Table with overview showing results of 10 years sonagraphy in the Brook (internal link)
Cranes are more flexible than we usually give them credit for
(article describing my crane call sonagraphy experience after 5 years of performing this kind of monitoring; text in English and German)
Table crane pair and territory identification in Mecklenburg over 3 years sonagraphy monitoring
(summary of results of 3 years crane call sonagraphy – 2000 to 2002 – in a crane-rich area in East Germany)
Frequency analysis of crane calls and their use for individual recognition
(text in English describing the basics of sonagraphical monitoring with evaluation and interpretation of results over 6 years; published 2003)
Brook 2005 Summary and Comments
(text in German and partially English describing the results of sonagraphical monitoring in 2005)
Crane monitoring by sonagraphy in Hamburg Brook 2006 – 2007 en
(text in English describing the results of sonagraphical monitoring in 2006 and 2007)
European Crane Conference December 3 – 7, 2018 (Arjuzanx, France)
B. Wessling presentation:
Individual recognition of cranes, monitoring and vocal communication by sonagraphy (link to paper in „researchgate“)
Between-population differences in duets of the Red-crowned Crane
(article written and published by me together with several bioacoustic research fellows from Russia about differences in crane „language“ between Japanese and Russian / Chinese red-crowned cranes recorded and analyzed by me) more data here:
comparison RC Crane Japan – Korea DMZ
a short personal text written by me in Chinese (revised by my teacher) and translated by me into English about my call recordings in Japan and Korea (DMZ) (it was a homework to be done by me for my Chinese course in June 2018)
Whooping Crane monitoring ANWR WBNP 99-04
(presentation given in a WC recovery program conference in summer 2004)
additional data (graphs) here: Whooping Crane pair recognition overview 1999 – 2004
Various Video links about cranes
Links to some selected call recordings (4 crane species)
Other crane related publications
Crane Intelligence and Emotions (Kranich-Intelligenz und -Gefühle)
(chapter in Prof. Pranges book about cranes; deutscher Text)
Contribution to Whooping Crane Reintroduction Efforts in US
A website describing my sonagraphical work for the Whooping Crane program (US / Canada)
A report written in 2001 by Whooping Crane reintroduction program group leader, mentioning my contribution
Another report, report written in 2005
Operation Migration („OM“) was the organisation which trained the captive-reared young, freshly fledged Whooping Cranes to follow ultralight airplanes and  guided them from Wisconsin to Florida to the hibernation area from 2001 to 2016, where they became wild; here is the procedure which they follow, also mentioning my contribution (digital vocalisation recordings). After 2016, a different procedure was implemented: captive-reared young Whooping Cranes are released in Necedah National Wildlife Refuge in the neighbourhood of crane youngsters (between 1 and 4 years old) who had previously learnt the flyway and so are able to guide the fledging ones to Florida.
– here are all their logbooks and many of their previous web pages and links
I had intensively worked together with OM and their founders, Bill Lishman and Joe Duff (CEO), starting with a conference in 1998 in US, where I presented my first sonagraphical work upon which I was invited to join the Whooping Crane Recovery project; so in 1999 I made my first expedition to Aransas and recorded wild whooping cranes‘ calls and other vocal expressions, a) for starting the monitoring program b) for the use in Operation Migration’s project to lead young cranes from Wisconsin to Florida. Here, in April 2000, I installed the first set of hardware on an ultralight airplane, together with Bill and Joe, and so we tested the functions which would first be used in the rehearsal project with sandhill cranes starting Sept 2000. 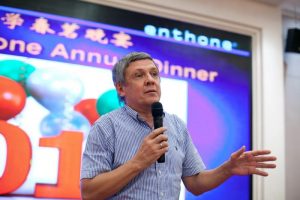